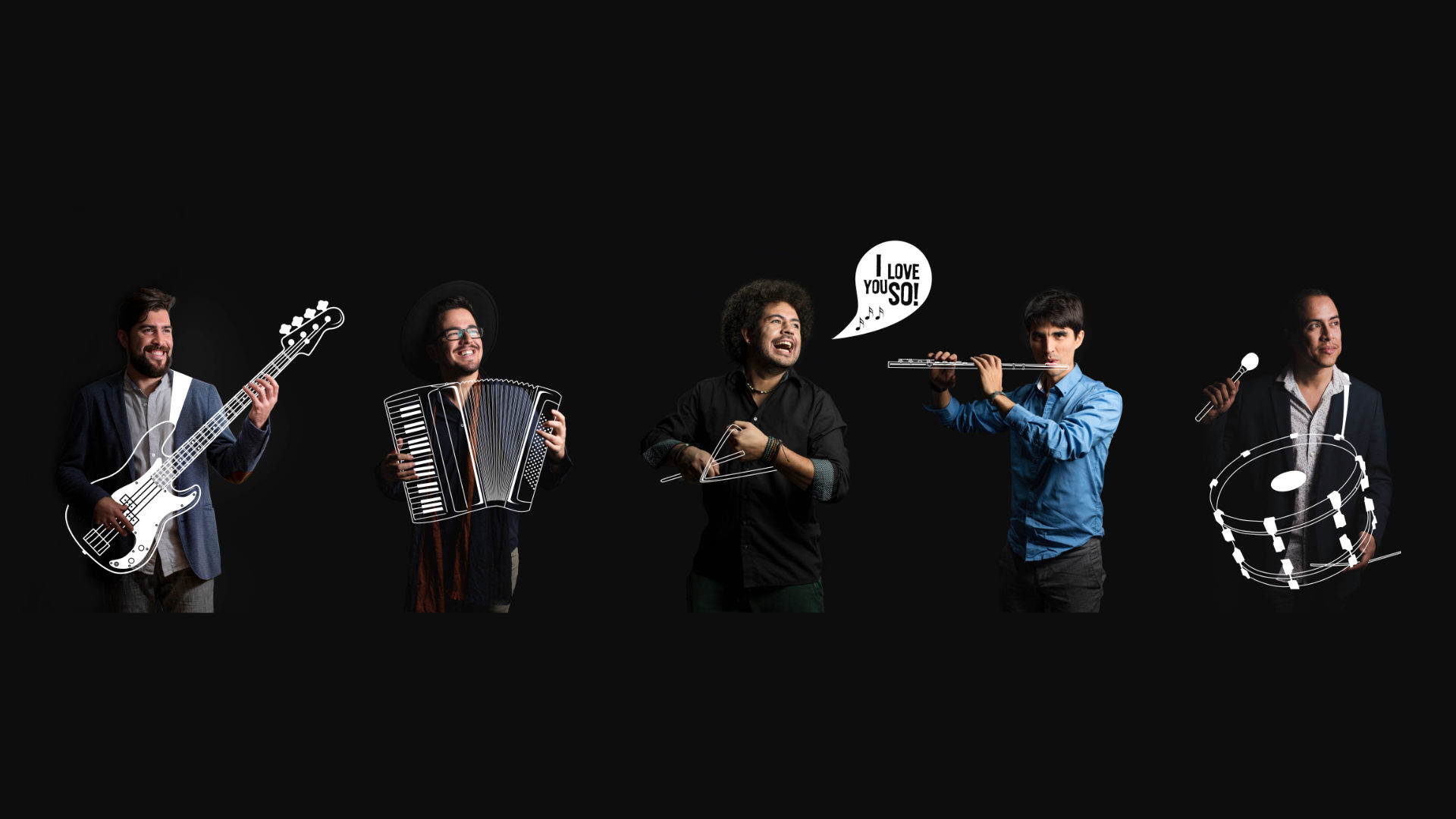 The band Forró de KA has been livening dance floors across Europe with its distinguishable sound for the past eight years; enough time to allow the ensemble’ passion for music to unmistakably bind its name to the fusion of different rhythms and languages.
The name 'Forró de KA' is a play on the abbreviation of the German city, Karlsruhe (KA), the band’s hometown, and the sound of the word cá, in Portuguese, which is a way to say here.
Breaking barriers is one of the band’s major characteristics, noticeable in its quest for a language and expression of its own, where tradition and innovation merge in a harmonic dialogue. The group's uniqueness and creativity is most apparent when, in addition to the classic forró pé-de-serra, their own compositions take the center of the stage, pushing the setlist beyond the expected by adapting a variety of famous international composition to forró.
Forró de KA has brought its enthusiasm and music to several festivals, such as the forró festivals of Stuttgart, Freiburg, Aachen, Lisbon, Weggis and Novosibirski, as well as 'Tollwood Festival' in Munich, 'Festival of African Culture' in Frankfurt, 'Festival of People´s Understanding' and 'Das Fest' in Karlsruhe, not to mention concerts in Berlin, Porto, Vienna, London, Geneva and Zurich.
Praised both by the public as by specialized jury the band was awarded in April 2018 with the first prize and the second general place at the International Open Accordion Competition in the category World Music Band in Trossingen (Germany).
In the Summer of 2017, Forró de KA proudly released its first album called ‚Revolution'.

This website uses cookies to improve your experience while you navigate through the website. Out of these, the cookies that are categorized as necessary are stored on your browser as they are essential for the working of basic functionalities of the website. We also use third-party cookies that help us analyze and understand how you use this website. These cookies will be stored in your browser only with your consent. You also have the option to opt-out of these cookies. But opting out of some of these cookies may affect your browsing experience.
Necessary Always Enabled

Any cookies that may not be particularly necessary for the website to function and is used specifically to collect user personal data via analytics, ads, other embedded contents are termed as non-necessary cookies. It is mandatory to procure user consent prior to running these cookies on your website.